The opening of an extension building at the beginning of November, sees the Fraunhofer Pilot Plant Centre for Polymer Synthesis and Processing PAZ in Schkopau, Germany, strengthen its research into and development of lightweight applications using thermoplastic composites. Two state-of-the-art production cells for the integrated and fully automated production of fibre composite functional components are now available for customer projects. Both systems come from ENGEL.

"ENGEL combines a great deal of know-how in lightweight construction with thermoplastic composites with many years of experience in injection moulding and the automation of series processes. Precisely this is prerequisite to developing particularly cost effective series production processes for the automotive and aerospace industries," says Franz Füreder, Vice President Automotive at ENGEL, addressing the attendees at the inauguration ceremony. "The two new ENGEL systems at the Fraunhofer PAZ make it possible to combine thermoplastic-based composite processes with a variety of injection moulding technologies, such as foaming or coining."

From monomer to polymer synthesis and plastics processing on a pilot scale to the tested series component, Fraunhofer PAZ develops new production processes and technologies along the entire value chain of lightweight components. This interdisciplinary approach and its size make the research center unique throughout Europe. Thermoplastics-based lightweight construction is one development focus.

ENGEL is also one of the drivers of the increased use of thermoplastic materials in lightweight construction applications. Primarily for two reasons, as Füreder emphasises: "On the one hand, thermoplastic composites enable excellent cost-efficiency in series production. On the other, these materials can be returned to the material cycle easily.”

Flexible deployment of the v-duo and duo

ENGEL delivered the two production cells as integrated and fully automated system solutions. An ENGEL v-duo 700 vertical machine was combined with an ENGEL easix articulated robot and a large IR oven – also from ENGEL's in-house development and production. An ENGEL duo 900 injection moulding machine with a horizontal clamping unit and two ENGEL easix robots is the heart of the second production cell. A vertical IR oven is located above the clamping unit here, allowing particularly fast hot handling of thermoplastic sheets and blanks made of UD-tapes. ENGEL has also integrated injection moulding technology packages, for example, for physical foaming.

"Fraunhofer deliberately chose two machines of different types, both of which are widely used in the global automotive industry," reports Claus Wilde, Managing Director of ENGEL Deutschland. "This makes it possible to individually evaluate for each component which machine type and technology enables the most efficient and cost effective production process."

ENGEL and Fraunhofer PAZ are planning to cooperate closely on various development projects in the future. Joint events on the topic of thermoplastic composite lightweight construction at the Fraunhofer PAZ in Schkopau are already in preparation. 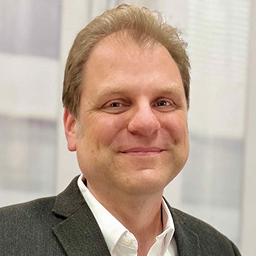